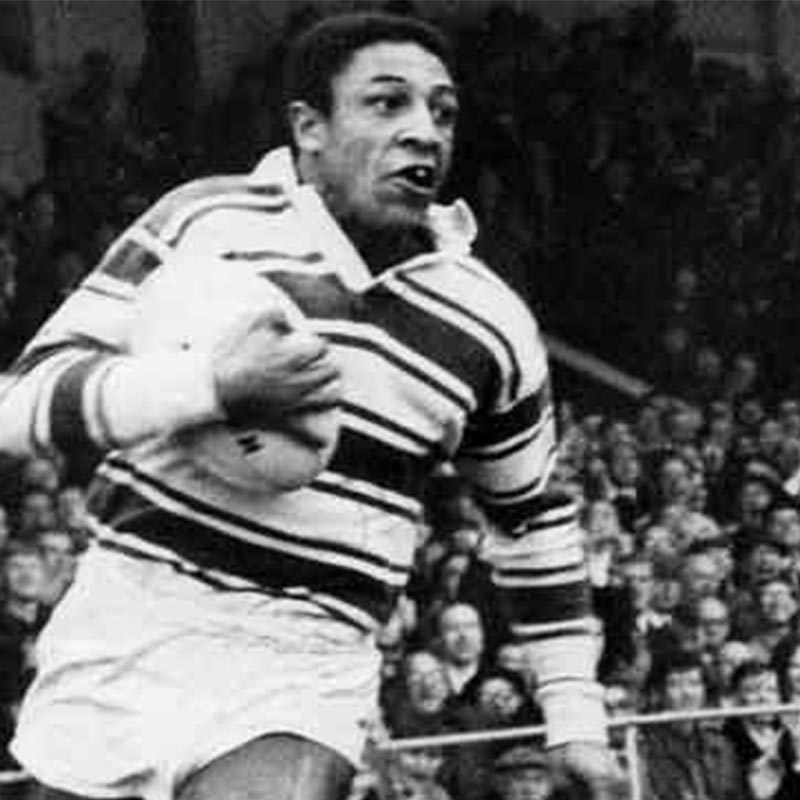 Born in Splott on 9 April, 1943, Clive became the first black captain of any Great Britain side and led his country to the 1972 Rugby League World Cup title, scoring a try in each of his side’s four games in the tournament, including a length-of-the-field effort against Australia that earned a 10-10 draw to clinch the trophy. He joined the Army from school and had rugby league trials in his late teens. He eventually joined Hull and went on to play 352 games for the club, scoring 250 tries. He then switched to Hull Kingston Rovers and added 118 tries in 213 games. He won the Challenge Cup with both clubs. He made his full Great Britain debut in 1966-67 and marked it by scoring the winning try against France in the last minute. He also featured in the 1968 World Cup series in Australia and captained Wales at the 1975 World Cup. He won 17 caps for Great Britain. In 1974, he was honoured with an MBE and he is on the Welsh Sports Hall of Fame ‘Roll of Honour’. The main road into Hull was named ‘Clive Sullivan Way’ in his honour.