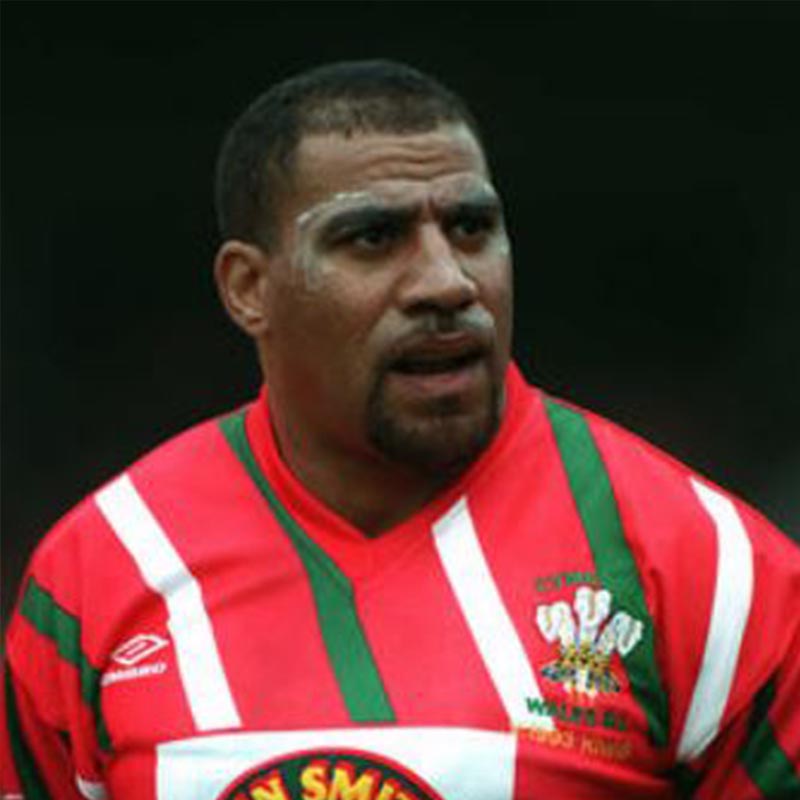 Born in North Church Street on 29 September, 1960, he went to St Mary the Virgin School, where he learned to play football, and then Bishop of Llandaff. He didn’t play rugby until he was 19, starting in the Butetown team. He then had a trial at Glamorgan Wanderers before Cardiff came calling. He scored 166 tries in 194 games for the Blue & Blacks, winning three of the four WRU Challenge Cup finals in which he played for them. After eight years at the Arms Park he joined Bradford Northern in 1989 and went on to play 132 games for the Yorkshire club, scoring 77 tries. He helped them to win the Yorkshire Cup in 1989, scoring twice in the final, and the 1991 Regal Trophy final, when they lost to Widnes. He won eight caps for Wales and played once for Great Britain.