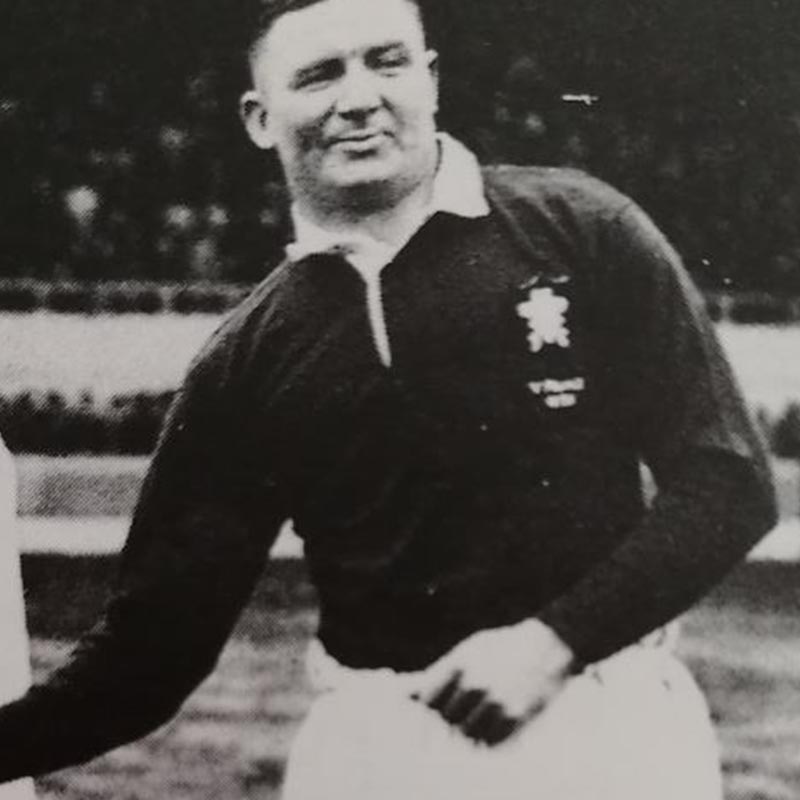 Born in Elaine Street, Splott, on 2 December, 1903, Jim’s father was a butcher from Ireland. He went to St Alban’s School and played rugby union for Cardiff at 16. By 17 he had played for the Barbarians and played in a Welsh Trial. He joined Wigan and won the first of his then Welsh record 26 rugby league caps eight days after his 18th birthday. His final appearance came at 36 and he led his country 18 times. His Wigan debut came against Widnes in August, 1921, and by the time he had hung up his boots in February, 1946, he had scored 6,001 points in 922 first-class games. He won four Rugby League Championship finals, the Challenge Cup twice and the Lancashire Cup three times. He played 25 Tests for Great Britain, three for England and six for Other Nationalities. In his 60 international appearances he scored 329 points. He coached Wigan between 1946 and 1952, guiding them to two Challenge Cup wins at Wembley, six successive Lancashire Cups and three Northern League Championship finals. He switched to St Helens at the start of the 1952-53 season and immediately steered them to the League Championship title in 1953 and to their first Wembley triumph a year later. He is in the Rugby League, Wigan and St Helens Halls of Fame and is included on the Welsh Sports Hall of Fame ‘Roll of Honour’.