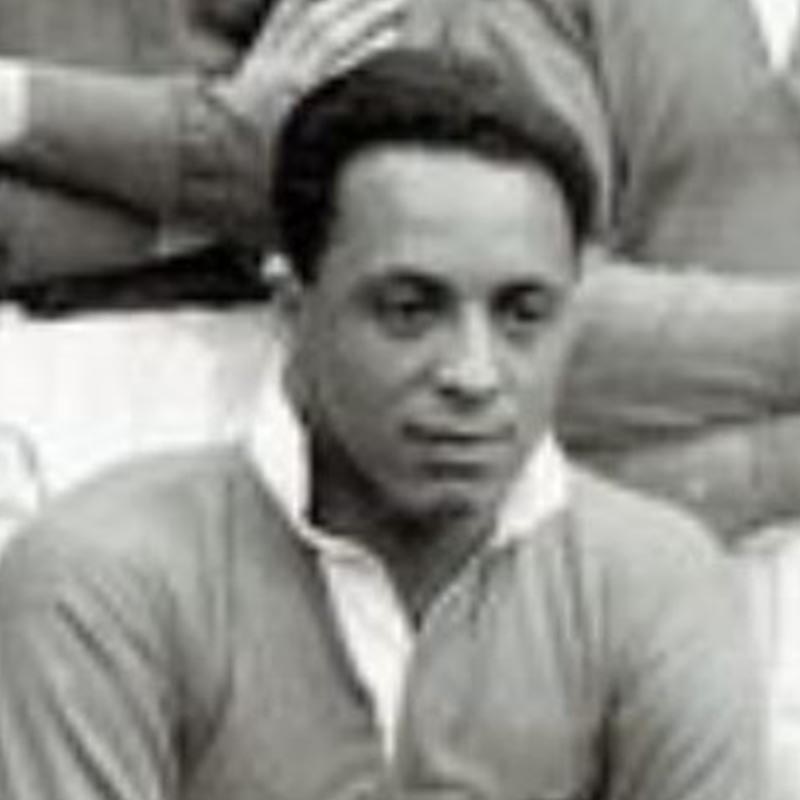 Born in Cardiff in 1919, but raised in Brynmawr, Roy turned professional with Wigan while still a teenager. He would go on to score 229 tries in 356 games in a career that saw him also play for Barrow, Warrington, Hull and Dewsbury. He became the first black player to represent Great Britain and the first black coach in professional sport in the UK. He guested appearances for Dewsbury throughout the war and featured in three successive Championship finals as Eddie Waring’s side beat Bradford and Halifax, but then lost to Wigan in 1944. He returned to Barrow after the war and won international honours for both Great Britain and Wales. He won five caps for Wales and scored a vital try in a famous 13-10 win over England in the 1946 European Championship. He marked his GB debut against New Zealand with two tries in a 25-9 triumph at Bradford in 1947. He was overlooked for the 1946 Great Britain Ashes tour to Australia, excluded for political reasons as the organisers feared it may cause problems due to Australia’s infamous bar on non-white people. He joined Warrington in 1948 and featured in their defeat by Huddersfield in the 1949 Championship Final. He then moved to Hull, where he became player-coach. Under his expert guidance Hull won the Championship in 1956 and 1958 and also reached the Challenge Cup final at Wembley in 1959 and 1960. He left Hull in 1963 to join Leeds, who topped the Rugby League table in 1967 and 1968, won the Yorkshire League in 1966 and 1968, reached the Yorkshire Cup final in 1965 and famously won the 1968 Challenge Cup final. He revolutionised the way the game was played with his expansive style and was one of the first coaches in any sport to introduce video analysis and many other innovations that are now standard at all professional sports clubs. He coached North Sydney, in Australia, for two seasons, sparking a coaching revolution which was to revitalise the Aussie game and make their national team all-but unbeatable over the next three decades. He left Australia in 1971, once again due to prejudice, and returned to Hull to become their team manager from 1971 to 1973. He later won a Premiership title back at Leeds during the 1974–75 season, before finishing his extraordinary coaching career with Bradford Northern from 1975.